7 news and 7 pictures today that you should not miss

7 news from different parts of the world that we highlighted today on our Communia Telegram channel and that you should not miss. The inevitable "joke" of Moroccan protocol in every official visit of a Spanish president, this time an upside down flag.

In the course of Sánchez's visit to Rabat, a 16-point joint declaration was issued. Therein Spain opens itself to hand over control of the Sahara's airspace to Moroccan management (point 7), recognizing de facto Moroccan sovereignty and relinquishing its last remaining responsibility as the occupying power in charge of decolonization. Since the end of March the rampant Sri Lankan economic crisis accelerated, massified and concentrated the protests, which have not stopped since then. Today Al Jazeera published a series of infographics to understand what Sri Lankan inflation really means for a local worker. Cover photo today in Spiegel. A portrait of the "zeitgeist".

It was the front page today in Der Spiegel: the German ruling class looks at the political situation in the USA and begins to see Trump winning the next election as very likely. Its answer? Germany wants its own access to bombs and nuclear weaponry. The solution: accept the offer once made to them by Macron. The problem: creating a European chain of command means hierarchizing the imperialist interests of the EU countries. Good luck with that.

Covid has not "turned into a flu": there is a new wave in Asia, towards a new upsurge in Europe and a new disaster in Africa

The new Covid wave is sweeping through Asia and only China seems to be containing it for the moment, despite constant criticism from the European press. This criticism is by no means innocent: European capital fears, as The Economist points out today, that production stoppages in China will combine with inflation in the US and energy prices in Europe to produce a new recession.

Nor are Europe or the US immune to the pandemic. As the New York Times pointed out yesterday, Covid has not "turned into a flu", it is not behaving like an endemic disease, it is still a pandemic.

That is why in Germany, where the Parliament this week refused to make vaccination compulsory for those over sixty, doctors fear that the current upturn, already on the decline, will spike again with the holiday season. And when we say Germany, we mean the whole of Europe, especially in the South. Not to mention Africa, where we learned today that with very low vaccination rates, at least 2/3 of the population has already suffered from the disease.

Pelosi's trip to Taiwan: puts China and the US on the brink of open economic warfare The Chinese foreign ministry spokesman warns of "harsh consequences" for the US if Pelosi visits Taiwan.

China threatens the US with "harsh consequences" if Nancy Pelosi's trip to Taiwan finally takes place. For Beijing to have the Speaker of the US Congress visit the island is a "red line". The trip is planned but has been delayed after she tested positive for Covid.

Chile: the Boric government faces its own "Arauco war" Mapuche protests in the Biobio region

The new Chilean government's indigenist (and imperialist) rhetoric is not doing much to reassure the Mapuche identitarian organizations. After receiving an ultimatum from the main Mapuche organization and a couple of arson attacks, violent actions have increased by 400%. Everything seems that the indigenist movement is pushing to generate a situation similar to that of 2018 to ensure now a land distribution tailored to the ruling groups and the consecration of the chieftaincy power in the new stage.

Zelensky shows his paw in the Greek parliament 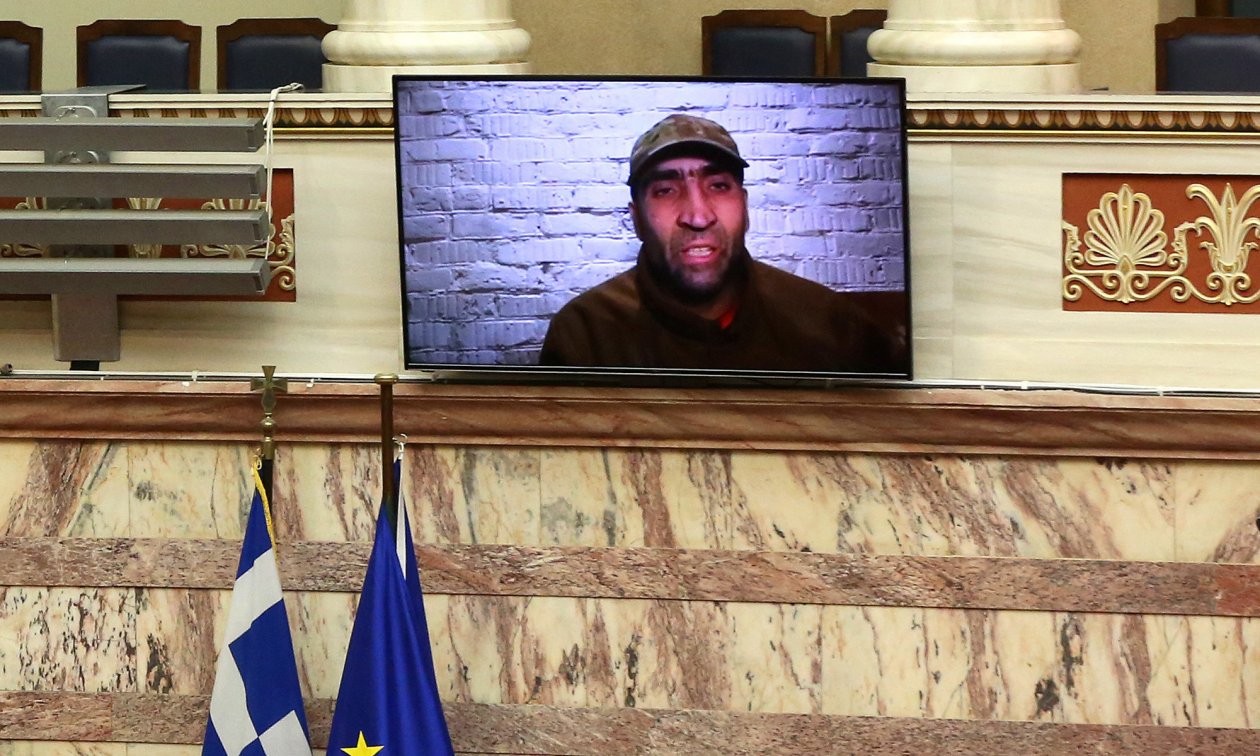 Zelensky gives the floor to a Greek member of the Azov battalion in the Athens Parliament.

Zelensky, turned by the European governments and media into the Greta Thunberg of militarism, gave the floor in the Greek parliament to a member of the Azov battalion of Greek origin. This battalion, part of the regular army, is led by an ultra-nationalist neo-Nazi group which proposes the genocide of Russian-speaking Ukrainians. On the channels of this group and others linked to it, very powerful in the Ukrainian president's entourage, there is a daily display of the humiliation of corpses and torture of Russian soldiers.